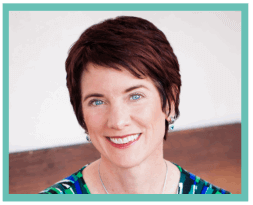 since 1997, received a Bachelor of Science degree from The Ohio State University. She completed her dietetic internship at Miami Valley Hospital in Dayton, Ohio, and has extensive post-graduate training in the field of nutrition. Kathy has a diverse background in the nutritional sciences. She has worked as an inpatient Clinical Dietitian, Nutritional and Pharmaceutical Sales Specialist for Wyeth-Ayerst Laboratories, Sales Consultant for Spectra Cell Laboratories, a nutrient analysis company, and as a Regional Sales Manager for the Food and Environmental Division of IDEXX Laboratories. In 1997, the passion for nutrition and her strong desire to help people pulled her away from the corporate world, thus Nutrition Solutions was formed. Kathy is also a member of the American Dietetic Association (ADA) and the International and American Associations of Clinical Nutritionists (IAACN).

Kathy has always had a strong interest in health, nutrition, and athletics. When she was 15 years old, her father, Fred, (at the age of 45) suffered a heart attack. Her father had to endure quadruple bypass surgery. Fred made it through the surgery and followed all physician recommendations but at the age of 58, he had a stroke and later passed away at the early age of 64. Kathy made a decision after her father’s death to research the “why” her father died so prematurely. Her research grew even more when she fell ill herself. “I was extremely frustrated when I consulted with several allopathic physicians because they could not find out “why” I was sick and the only diagnosis given was IBS, unknown origin. I researched the medical journals and my family medical history/ancestral background and I realized that I may have Celiac Disease. In 2001, I tested positive for Celiac Disease and Hashimoto’s Thyroiditis. Slowly, I was able to regain my health by implementing the principles of functional medicine and an individualized nutrition/nutrient program.”

On a personal note, Kathy enjoys preparing healthy meals and paring wine for her friends and family, golfing, exercising, road cycling, and loves to watch and attend college football games. She lives with her husband, Eddie, three cats, and a cute miniature Australian Shepherd.
Back to top

Eddie Alderete is a physician board certified in Pediatrics and Neonatal-Perinatal Medicine. His educational background includes a BS degree in Biology from the University of Texas at El Paso and an MD degree from Stanford University School of Medicine. He did his residency at Stanford and served as Chief Resident in Pediatrics at Stanford. After a few years in private pediatric practice, he obtained a post doctoral degree in Neonatal-Perinatal Medicine from the University of California, San Diego. He has practiced private practice Neonatology for the past 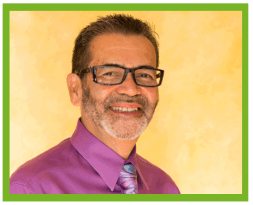 30 years and has served as a medical director of various NICU’s during that time. Currently, he is the Medical Director of the NICU at Marian Regional Medical Center in Santa Maria, CA.Dr. Alderete began looking at medicine from a more functional and holistic perspective many years ago and came to realize that the traditional approach to wellness was flawed. Instead of waiting for someone to become ill, he wanted to concentrate on optimizing the mental, physiological, and physical functions of the individual. Plainly stated, he desired to emphasize how the body should function and then devise strategies to help each patient approach their maximum potential. Nutrition Solutions offers a vehicle to introduce patients to a better understanding of their bodies and expose them to plans that will bolster multiple bodily functions without an over reliance on pharmaceuticals.

Dr. Alderete met Kathy Kaufmann many years ago and he credits her with helping to influence his approach to optimizing his patients’ health. He and Kathy were married in 2011 and have partnered to establish this practice, one that merges a highly skilled nutritionist/dietitian with an experienced physician who has spent many years studying functional and progressive medicine. Dr. Alderete wants his patients to understand who they really are, inside and out. Nutritional Solutions offers a unique way to understand the body and make it function better before disease appears as a real problem.
Back to top